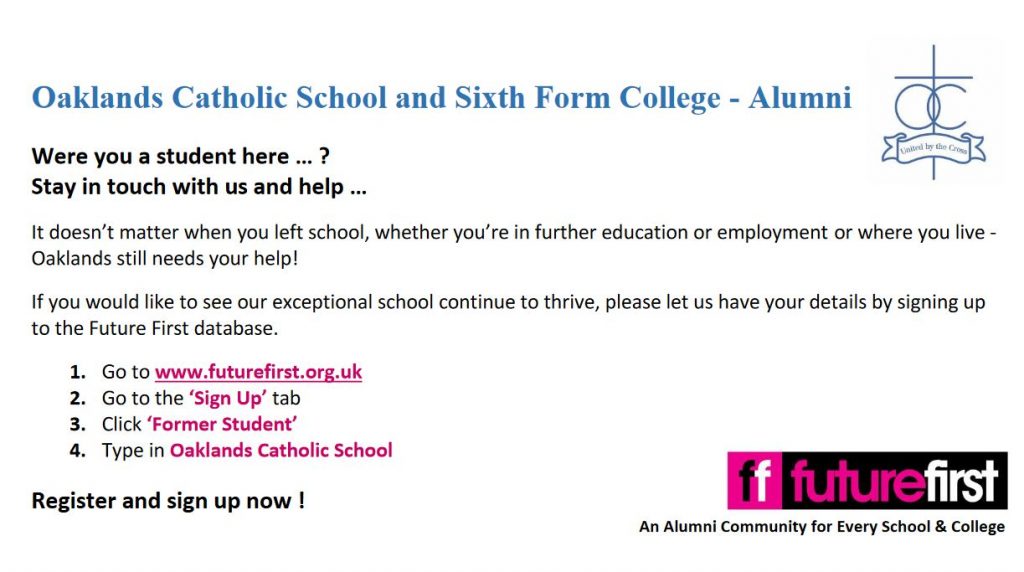 We need former students and staff to be involved in supporting current students.

Matthew Quinn, Headteacher said “We signed up to Future First’s scheme straightaway. A network of past pupils with all their valuable experience will be vital in helping us to broaden current pupils job horizons and equip them for the world of work.”

Tim Finch, who manages the Future First programme at the school, is waiting to hear from former students and staff. Email t.finch@oaklandscatholicschool.org or just sign up!

There are a number of ways you can help:

For further information please visit www.futurefirst.org.uk, contact our Alumni Programme Officer, Natalie via natalie.grindey@futurefirst.org.uk or call 0207 239 8933. We look forward to welcoming you back!

Oaklands are proud to have educated: